Music / From Genesis to Revelation 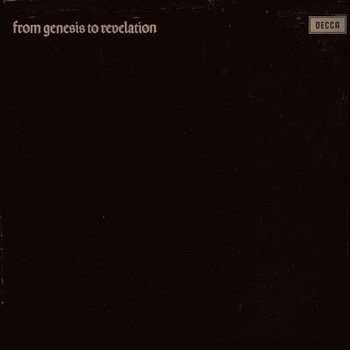 "And I think I've found a place to call my own."
"Revelation is the giving of knowledge to man. Genesis is the source of new knowledge."
—Tagline from the album's advertising campaign.
Advertisement:

From Genesis to Revelation is the debut album of the rock band Genesis, released on 7 March 1969 by Decca Records.

Vocalist Peter Gabriel, keyboardist Tony Banks and drummer Chris Stewart, then pupils of Charterhouse School in Surrey, were members of the band Garden Wall before reforming as Genesis alongside other classmates guitarist Anthony Philips and bassist Mike Rutherford (both formerly of the band Anon) in 1967. The demos the band released had caught the attention of Decca producer and Charterhouse alumnus Jonathan King, who paid the band forty pounds to release four songs in the late 1967 sessions. He was impressed enough with the arrangements submitted that he signed the band to a one-year deal.note it was to be five, but seeing as the band members were still teenagers at the time, their parents talked him into reducing their deals out of concern

Genesis then had two recording sessions in December 1967 and August 1968. In the former, after releasing "Silent Sun", Stewart left the band to pursue his studies, so they replaced him with another Charterhouse pupil John Silver, with which they performed the rest of the tracks in the latter session. The band also discovered at the time that an American band went by Genesis, so they made their American name "Revelation" to give meaning to the title "From Genesis to Revelation". Upon release, the album sold poorly, not helped with record stores at the time placing those albums in the religious music sections. The band disbanded shortly afterward, before reconvening months later as a professional band with new drummer John Mayhew as they recorded Trespass.

We're waiting for you, come and trope us now: