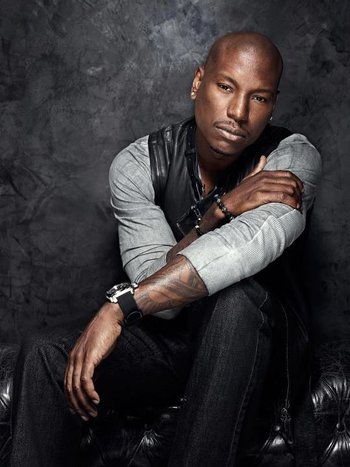 Tyrese Darnell Gibson, also known as Tyrese (born December 30, 1978) is an American singer, actor, and model. After getting his big break by appearing in a Coca-Cola commercial, he appeared in modeling adverts before being signed to RCA Records. While being known for his soulful vocals and R&B ballads, these days he's known more as an actor/action movie star, appearing in the blockbuster Transformers and The Fast and the Furious movies.