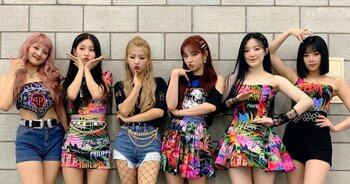 (G)I-DLE (Korean: (여자)아이들, or yeo-ja ai-deul, meaning 'the girl children') is a five membered Kpop Girl Group formed by CUBE Entertainment. They debuted on 2nd May 2018, with "Latata," taken from their mini-album, 'I Am.' The group debuted with six members, but member Soojin was announced to have left

the group in 2021 following a school bullying controversy.