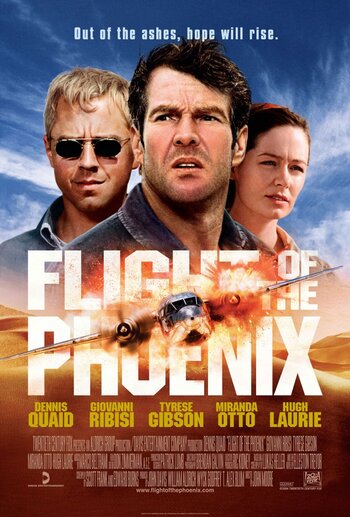 Flight of the Phoenix is a 2004 survival drama film directed by John Moore, starring Dennis Quaid, Giovanni Ribisi, Tyrese Gibson, Miranda Otto, and Hugh Laurie. It is the second film adaptation of the Elleston Trevor novel of the same name.

The film is about the crew and passengers of a downed plane in the Gobi Desert who, once realizing that rescue is not coming, attempt to build a smaller airplane out of the remaining parts of their aircraft.

The movie was not as well received as the first film adaptation from 1965.

Tropes in this remake include: