Film / Flags of Our Fathers 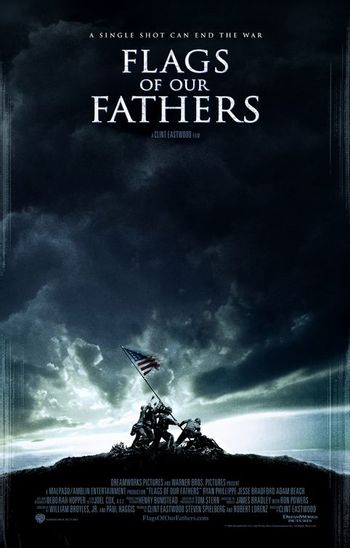 Flags Of Our Fathers is a 2006 Clint Eastwood film depicting the Battle of Iwo Jima, particularly the famous planting of the flag on Mount Suribachi, as well as the post-battle and post-war struggles of the three surviving men out of six who raised the flag as they are turned into a propaganda agent by the U.S. press. It was released jointly with Letters from Iwo Jima, its P.O.V. Sequel.