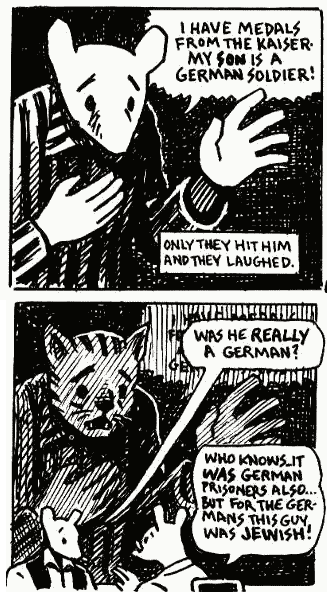 "Once let the black man get upon his person the brass letters US, let him get an eagle on his button, and a musket on his shoulder, and bullets in his pocket, and there is no power on earth or under the earth which can deny that he has earned the right of citizenship in the United States."
— Frederick Douglass being overly optimistic in an 1863 speech

Bob, a member of a minority group, joins the military. He acquits himself well, and may even gain a reputation as a war hero. After returning to civilian life, however, Bob's minority status relegates him to second-class citizenship in his homeland, despite the risks he has taken on his country's behalf.

Truth in Television, as in the cases of German-Jewish veterans in Nazi Germany and African-American servicemen in the pre-Civil Rights Movement United States.

Compare No Place for a Warrior, for the general mistreatment of veterans in civilian life, not necessarily tied to their minority status. See also Dude, Where's My Respect?.