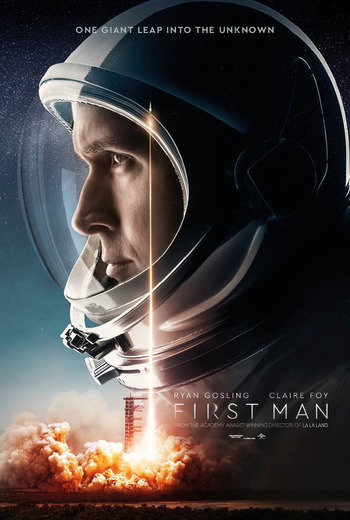 "The entire world is watching."
"You're down here and you look up and you don't think about it too much, but space exploration changes your perception. It allows us to see things that we should have seen a long time ago."
— Neil Armstrong
Advertisement:

The movie chronicles the career of Neil Armstrong during the Space Race, from his selection into the Gemini Program to the landing on the moon. It is based the book by James R. Hansen.

"That's one small step for man, one giant leap for mankind."