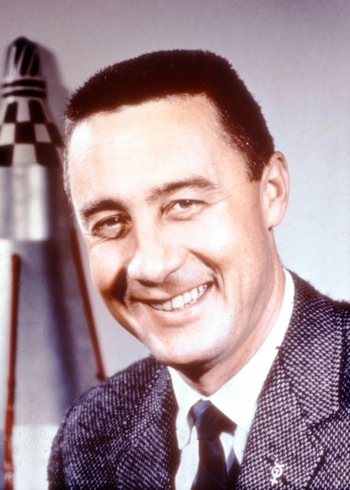 Virgil Ivan "Gus" Grissom (April 3, 1926 – January 27, 1967) was a US Air Force Pilot and member of the Mercury Seven who was also a part of the Apollo program and was the second American to fly into space.

Grissom was involved with controversy when he was being picked up by recovery, the hatch blew out, which caused the craft he was in to sink but it was later found he was not found to be at fault.