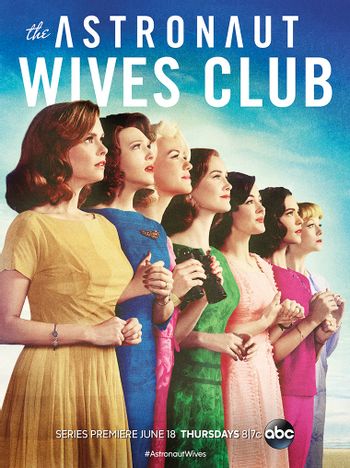 The Astronaut Wives Club is an ABC miniseries that aired ten episodes in the summer of 2015. It is a fictionalized adaptation of the book of the same name.

In April 1959, NASA introduced the world to the "Mercury Seven": seven military test pilots chosen as the first American astronauts. This series focused on the women at the side of each astronaut, who had stories of their own: cheerful Betty Grissom (JoAnna Garcia Swisher); Trudy Cooper (Odette Annable), a talented pilot herself whose marriage is not what it appears; brassy, outspoken Rene Carpenter (Yvonne Strahovski); gentle Annie Glenn (Azure Parsons) who hides a secret that makes the media attention particularly challenging; den mother Marge Slayton (Erin Cummings), whose past hides damaging secrets; kindhearted Jo Schirra (Zoe Boyle); and proper, chilly Louise Shepard (Dominique McElligott).