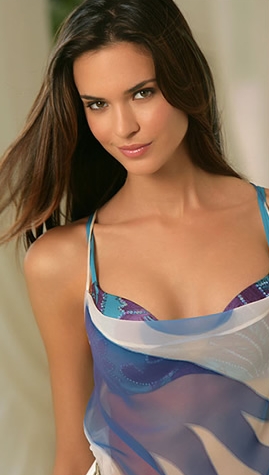 Odette Juliette Annable (née Yustman; born May 10, 1985 in Los Angeles, California) is an American actress of Colombian and Cuban descent. Her first role was in the movie Kindergarten Cop as Rosa. Later on, she had a very small part as a socialite in the first Transformers movie. She starred in Cloverfield and The Unborn and voiced Amata in Fallout 3. She is also known for playing Dr. Jessica Adams in the final season of House.

She married her Brothers & Sisters co-star Dave Annable in 2010 and gave birth to his daughter in 2015. She legally changed her name to "Odette Annable" and has been exclusively credited with it since 2011.