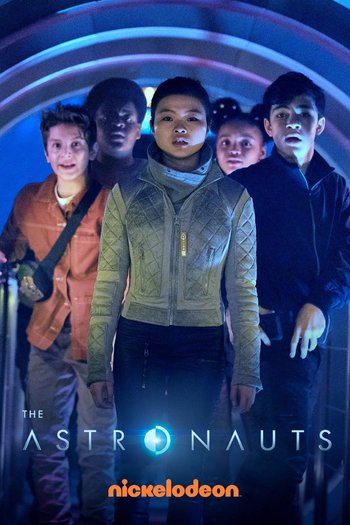 The Astronauts is a live-action Nickelodeon sci-fi/action-adventure series created by Daniel Knauf and executive produced by Ron Howard. The series premiered on November 13, 2020.

Five kids — Samy, Elliott, Martin, Doria, and Will — sneak aboard the Odyssey 2, a space ship designed to explore the Kamohalii asteroid out of curiosity. Unfortunately for them, the ship's A.I. Matilda suddenly seals them inside and initiates the launch, blasting them off into space. Now a million miles away from home and the Earth, the kids must complete the mission and figure out how to work together as a team.

Notable for being one of the few Nickelodeon live-action action-adventure series, and in the same vein as Space Cases, albeit with a less fantastical theme.

Not to be confused for the book of the same name.