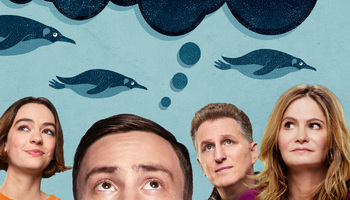 Atypical is a 2017 Netflix original Slice of Life story about a teenage boy named Sam Gardner who is on the autism spectrum.

The story follows Sam's life, as he attempts to find a girlfriend, and interacts regularly with the rest of his family – loving, yet oftentimes clueless dad Doug, well-intentioned, yet helicopter-esque mom Elsa, and sarcastic, slightly rebellious younger sister Casey.