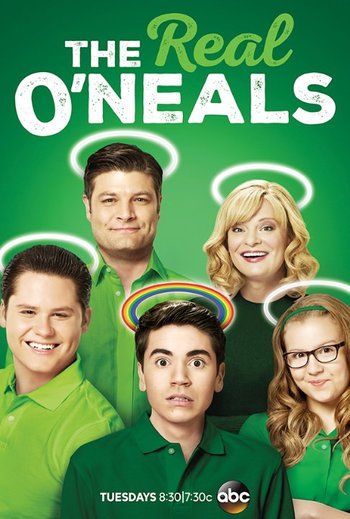 The Real O'Neals was an ABC sitcom than ran for two seasons from 2016-2017. The close-knit, Chicago-based O'Neals seem to be the perfect Catholic family, but when surprising truths come to light, some lives take an unexpected turn. The middle son Kenny comes out as gay, and his parents Eileen and Pat are getting a divorce. The show deals with the fallout from these decisions, as well as the shenanigans of Kenny's two siblings Jimmy and Shannon.