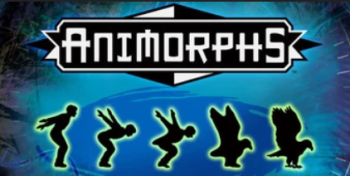 Animorphs is a Canadian TV series, based on the books series of the same name. The premise revolves around a group of preteens giving the power to morph into any animal they touch, in order to fight off a parasite species known as the Yeerks. It was short lived, running for only 26 episodes on Nickelodeon from 1998 to 2000.
Advertisement: