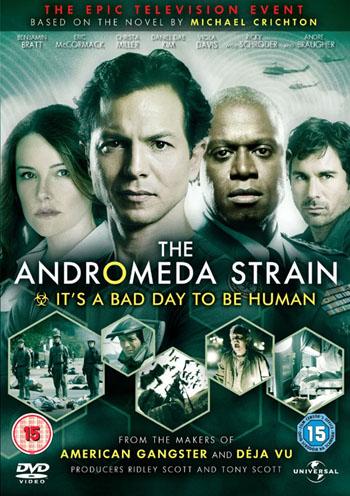 The Andromeda Strain is a 2008 Mini Series reimagining the original Michael Crichton novel about a group of scientists investigating a deadly extra-terrestrial disease. It was produced by the Sci-Fi Channel, and part of the marketing for the miniseries included the ARG What Happened in Piedmont?.

But team Wildfire soon finds the situation is more complicated than it first seems, and that the government is not being entirely honest with them about the situation. Reporter Jack Nash (Eric McCormack) attempts to uncover this government conspiracy and soon finds his life in danger from the people that don't want Andromeda to be known to the public.

While the miniseries was panned by many critics, it was still nominated for six Emmy Award, including Outstanding Miniseries.