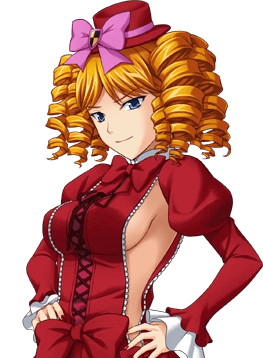 "Does this sideboob turn you on? Well, it shouldn't, because it's myyyyyyy sideboob! Goodnight everybody!"
— Peter Griffin hosting The Sideboob Hour on Family Guy
Advertisement:

When viewed from the side, if you can see the crease under the breast where it returns to the torso while the nipple is still concealed, you are seeing Sideboob.

Whereas Navel-Deep Neckline is all about showing as much of the area between the breasts as possible, this trope is about exposing the outer sides, roughly from the armpit to the nipple. There is a variant where the nipple is intentionally concealed by the arm, the hand, or the legs, and occurs frequently in topless fashion photography.

Bonus points if combined with Navel-Deep Neckline. A staple aspect of Vapor Wear. Commonly goes hand in hand with Naked Apron, though not at all restricted to it. Compare with Underboobs.