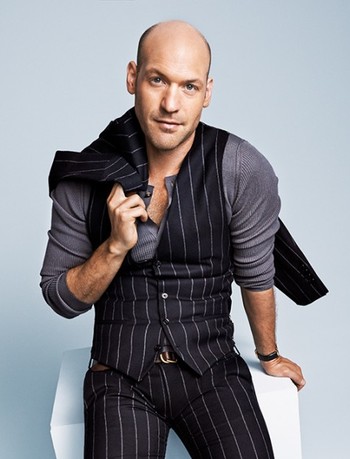 Corey Daniel Stoll (born March 14, 1976 in New York City, New York) is an American stage and screen actor. He is best known for his role as U.S. Representative Peter Russo in the first season of the American television drama House of Cards, for which he received a Golden Globe nomination in 2013.

A native of New York City, Stoll was a regular cast member in the NBC drama Law & Order: LA (2010–11) and currently stars in the FX horror series The Strain. Most recently he has been promoted to one of the leads on the Showtime drama series Billions, opposite Paul Giamatti.

His other notable roles include Ernest Hemingway in the 2011 Woody Allen romantic comedy Midnight in Paris, a 2004 Off-Broadway performance of Intimate Apparel opposite Viola Davis, and villain Yellowjacket in the 2015 Marvel Cinematic Universe film Ant-Man.