Film / This Is Where I Leave You 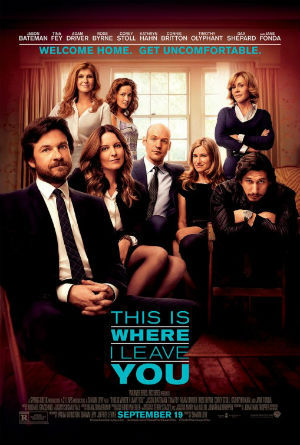 Judd Altman is not having a good year. First he walks in on his wife having sex with his boss, then he loses his job, moves into a crappy apartment and grows a beard. Finally his sister calls to inform him that their dad's dead.

Oh, and they have to sit Shiva.

Now Judd has spend a week back in his old house, along with his brutally honest sister, perpetually angry older brother, man child younger brother and his over-sharing mother.

And they didn't get along the first time around.

Based on the book by Jonathan Tropper, who also wrote the screenplay. It was generally well received by the critics and was a modest box office hit, gaining praise for the cast's easy chemistry.