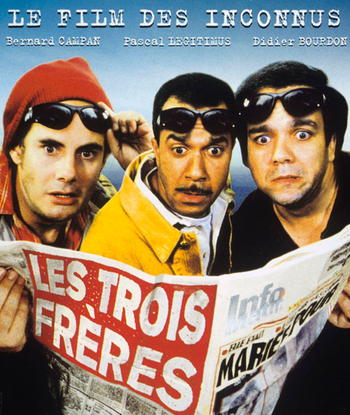 Didier, Bernard and Pascal were born to an unknown father and their mother abandoned them. Each of them has followed different paths: Didier is a security guard in a supermarket, Bernard is homeless and Pascal is a manager in a communication agency. The three half-brothers meet each other for the first time when their mother dies and the notary informs them that they will inherit her fortune.

A Sequel, Les Trois Frères, le retour (English: The Three Brothers are back) was made in 2014.

The Three Brothers provides examples of:

The Three Brothers are back provides examples of: