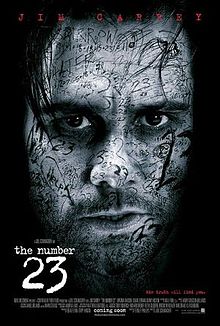 The plot revolves around Walter Sparrow (Carrey) and his obsession with the "23 enigma", an esoteric belief that all incidents and events are directly connected to the number 23, some permutation of the number 23, or a number related to 23.

This is the second film to pair Schumacher and Carrey, the first being Batman Forever. This is also Carrey's first suspense thriller, and while it was derided by critics for being confusing and unengaging, it was a box office hit.