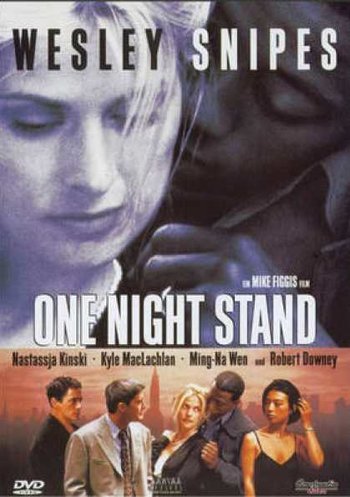 Max Carlyle (Snipes) has a successful career directing television commercials and is happily married to Mimi (Ming-Na), with whom he lives in Los Angeles with their two children. While visiting New York City, Max meets Karen (Kinski) by chance after missing a flight; circumstances keep bringing them together over the course of the evening, and they end up spending the night together. When he returns home, Max seems distant and unhappy, though Mimi can't tell why and Max won't say. A year later, Max and Mimi fly to New York to visit his close friend Charlie (Downey, Jr.), who is near death from AIDS. Max meets Charlie's brother Vernon (MacLachlan) and is introduced to his new wife—Karen. Facing Karen sends Max into an emotional tailspin, and he realizes that he must tell Mimi the truth about his indiscretion.