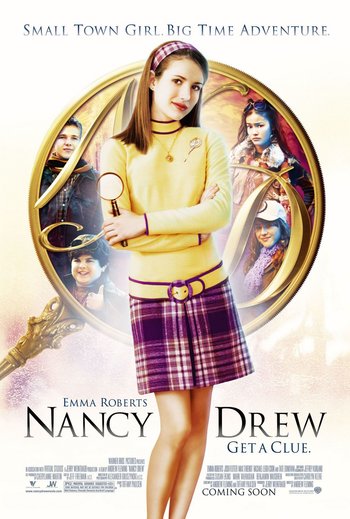 Nancy Drew is a 2007 film adapting the books about the girl detective. In it, Nancy (Emma Roberts) and her father Carson (Tate Donovan) move to Los Angeles, where her 50s sensibilities clash with the modern style of her classmates. While trying to fit in, Nancy investigates a mystery that led her to pick this house in LA: it was once the home of Dehlia Draycott (Laura Harring), a murdered movie star who took some secrets of hers to the grave. With the help of her friends Ned Nickerson (Max Thieriot) and Corky Veinschtein (Josh Flitter), Nancy will stop at nothing to crack this case.

See Nancy Drew and the Hidden Staircase for the 2019 Continuity Reboot.