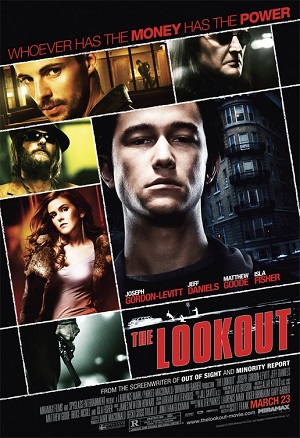 "I have the money, I have the power!"
Advertisement:

The Lookout (2007) is a crime drama about a brain-damaged man (Joseph Gordon-Levitt) trying to lead a normal life and getting caught up in a heist of the bank at which he's the night janitor.