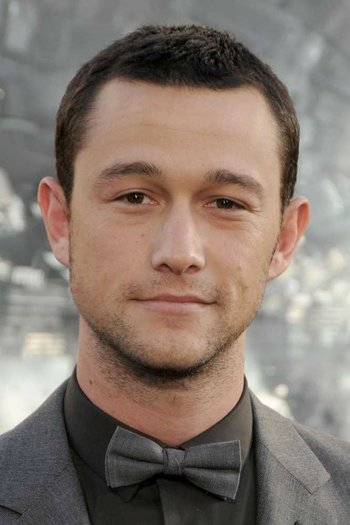 "Storytelling in general is a communal act. Throughout human history, people would gather around, whether by the fire or at a tavern, and tell stories. One person would chime in, then another, maybe someone would repeat a story they heard already but with a different spin. It's a collective process."
Advertisement:

Joseph Leonard Gordon-Levitt (sometimes abbreviated to JGL), born February 17, 1981 in Los Angeles, California, started his acting career in commercials as a child, getting his big break starring in the 1994 Disney remake of Angels in the Outfield, before starring in the show 3rd Rock from the Sun. Since then, he has broken out of the role that 3rd Rock put him in, first starring in a string of indie films, receiving acclaim from critics for his performances in such movies as Mysterious Skin and Brick. After such movies brought him to the attention of major Hollywood producers, he began to work his way into big budget productions, with prominent supporting roles in Inception and The Dark Knight Rises and leading roles in 50/50 (2011) and Looper. He has been acclaimed by critics on many occasions, and increased public interest in his movies made him one of the biggest stars of the early-mid 2010s. He reduced his output in the latter half of the decade to focus on raising his young family, but came back to the limelight in 2020 with Project Power, which was the top-streamed movie on Netflix during its first weekend.

, where collaborators from around the world work on various projects. Once a month, Joe will select one "record" to publish and split the money between all the contributors. You can find his tumblr here

He prefers to be called Joe.