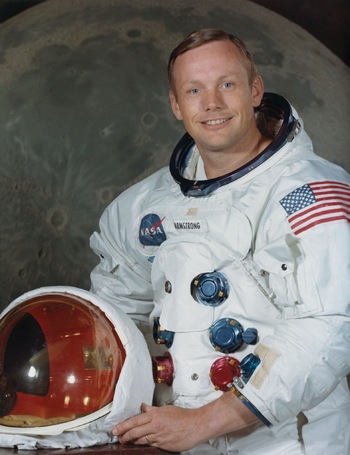 Neil Alden Armstrong (August 5, 1930 – August 25, 2012) was an American astronaut and aeronautical engineer best known for being the first person to walk on The Moon, followed by Buzz Aldrin. In addition he was also an aviator, test pilot, and university professor.

Armstrong was married to Janet Shearon, with whom he had three children, and Carol Knight.

He died in 2012 at the age of 82 from complications of bypass surgery.