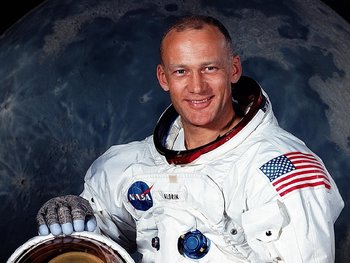 He is best known for being the second man to walk on The Moon after Neil Armstrong. They were part of the same expedition (Apollo 11) along with Michael Collins. He is the last living member of the expedition.

He was also a fighter pilot and a colonel in the United States Air Force.

Aldrin has been married three times and has three children.