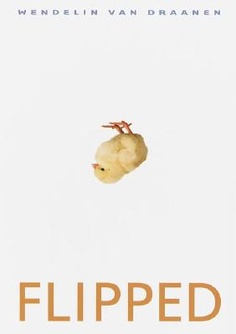 A he-said-she-said chick lit/teen romance novel by Wendelin Van Draanen taking place in circa 1994-2000 about a boy named Bryce and a girl named Julianna. When they meet in second grade, Juli becomes infatuated with Bryce and clings to him like a parasite. But Bryce doesn't feel like returning the favor, him being girl-phobic and easily embarrassed. Bryce does everything he can to keep his wannabe girlfriend at bay for the next few years, which isn't easy since they go to the same school and live across the street from one another. The story follows them from grade school to junior high, through triumph and disaster, family drama and first love, as they make the discoveries that will define who they are - and who they are to each other.

It was released in 2000 to acclaim and several awards, and it got a movie adaptation in 2010 which received mixed reception and bombed at the box office.

The film and book contains examples of: