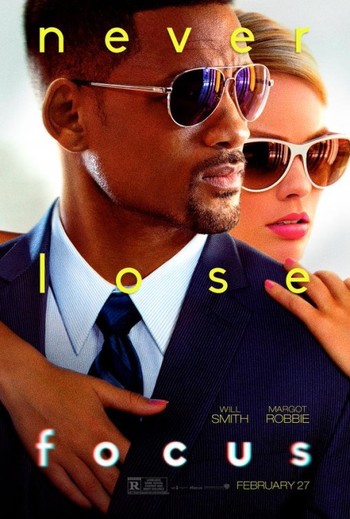 Focus is a 2015 Romantic Comedy/drama directed and written by Glenn Ficarra and John Requa, starring Will Smith and Margot Robbie.

Nicky (Smith) is a veteran Con Man who meets an inspiring con woman named Jess (Robbie). He decides to show her a few tricks of the trade, but things get complicated when his attraction to her causes him to lose focus on what he does best.