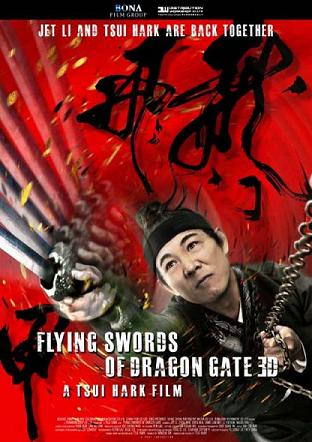 A 2011 Wuxia film directed by Tsui Hark and starring Jet Li (among others) set in the Ming Dynasty, and shot in 3D
Advertisement:

Zhou Huai'an (Jet Li) is a vigilante waging a war against the corrupt eunuchs of the Imperial Court. The Eunuchs are divided between East Bureau and West Bureau, both equally corrupt though West Bureau is clearly the more powerful. A pregnant woman escapes from the Imperial Court and is hunted down by West Bureau because of the possibility (however remote) she might be carrying the Emperor's child.

From there, things get strange.