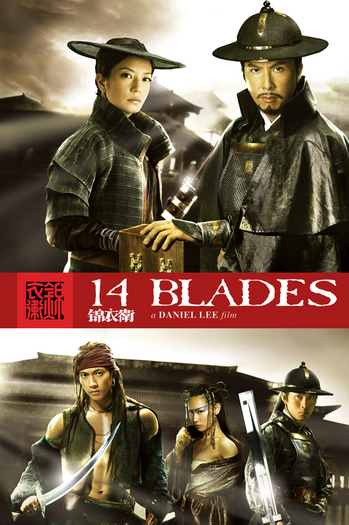 Donnie Yen stars as Qinglong, an elite assassin and member of the Jinyiwei

(Embroidered Uniform Guard), a covert assassination unit established by the Ming Imperial Court. Himself the best of the assassins and the commander, Qinglong is on a mission to retrieve an Imperial seal, but finds himself betrayed and hunted during the mission, where he ends up joining a rebel unit dedicated to overthrow the Imperial court.

Apparently, Donnie Yen took on this role as a villain (although he's more of an Anti-Hero to be precise) as he "wanted to tackle the role of a villain who discovers his humanity." If his role in this film really counts as villainous, then it would be Donnie Yen's first villainous roles in almost two decades, the last time being in Once Upon A Time In China II and New Dragon Inn.