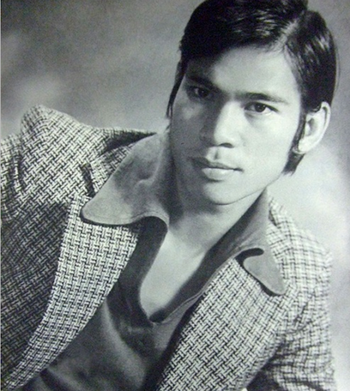 Chen Kuan-tai, also known as Gary Chen (born 陳觀泰 in 24 September 1945 in Guangdong) is an actor, stuntman, director and one of the leading star players of Hong Kong's Shaw Brothers studios in their early days, having being active in the martial arts film industry since the 1960s.

A trained athlete since a child, Chen is highly active in sports and martial arts, graduating from Hong Kong's Pui Kiu Middle School with multiple sports-related awards, notably in soccer and javelin-throwing and a Championship in Kung Fu in 1969. Desiring to make a change in society, and thinking that furthering his studies in university would be a waste of time, Chen instead joins the local fire brigade after leaving middle school.

By chance, Chen would get to know various important directors and key players of Shaw Brothers, among them the award-winning director Chang Cheh who managed to convince Chen, then aged 21, to show up in movies as stuntmen or extras. Chen notably shows up in the background several award-winning movies from Shaw Brothers that is making a splash in the film industry at that time, including Vengeance! (1970) and The Chinese Boxer, but it wasn't until The Boxer From Shantung - which Cheh's other key player, David Chiang co-stars - where Chen gets a leading role. The Boxer From Shantung was a box-office hit, making Chen one of the studio's star players that earns him roles in later movies like The Iron Bodyguard, Heroes Two, Blood Brothers (1973) and 80-odd other films with the studios.

Chen's more recent appearances are as bit players - American audiences might recall seeing him in The Man with the Iron Fists as Gold Lion - or cameo roles. Still, as of 2020, he's going strong and isn't ready to retire anytime soon.