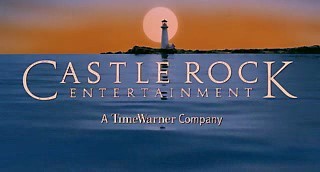 Founded in 1987 by several people long involved in movies, including director Rob Reiner, Castle Rock Entertainmentnote Named by Reiner for the fictional Maine town where a number of Stephen King stories take place, including The Body, which was the basis for his hit film Stand by Me. was created as a haven for creative freedom for producers, mainly in order to make the best films they could. Most of the company's movies have been commercially unsuccessful; The Shawshank Redemption, for example, failed during its initial release, but has been Vindicated by Cable, and even when it was still playing in theaters it was a huge critical darling despite its tepid returns.

Castle Rock's creative freedom doesn't always guarantee a great, or even good, film. Indeed, many Castle Rock films have been critically lambasted. For instance, Striptease won 1996's Razzie for Worst Picture, Kangaroo Jack is mostly known for being a severe sufferer of Never Trust a Trailer, and Reiner's own North is one of the most hated hated hated hated hated films of all time, and seriously damaged his reputation.

Originally independent with financial backing from Columbia Pictures and Nelson Entertainment, Castle Rock was bought by Turner Broadcasting (who also bought New Line Cinema around the same time) in 1993, and is now owned by WarnerMedia through Warner Bros. as a result of the 1996 merger between Time Warner and Turner. Their films were distributed by Columbia until WB took over starting with Mickey Blue Eyes, with the exception of Did You Hear About the Morgans?, for which they reunited with Columbia. After a string of commercial failures, WB dropped the label after 2010's Flipped, instead licensing the name out for other producers to use, mainly Rob Reiner. Eventually, Reiner and his wife Michelle relaunched the Castle Rock brand in 2020 for TV shows, followed a year later with a film division; WB remains a partner for both divisions through a first look deal.

Castle Rock's film library holdings are split. Currently, Castle Rock films released prior to Turner's takeover (from Winter People to Josh and S.A.M.) are distributed by MGM, as the library was part of the pre-1996 PolyGram Films holdings that included Nelson Entertainment acquired by MGM. Films and shows released after the Turner acquisition are distributed by Warner Bros. with the exception of movies released without Warner Bros.' input. In both cases, however, Sony/Columbia retains control of movies and shows that they co-financed or whose copyright it shares, e.g., A Few Good Men, In the Line of Fire, and North. Castle Rock retains the copyrights to nearly all of its movies and shows.