Film / The Adventures of Pluto Nash 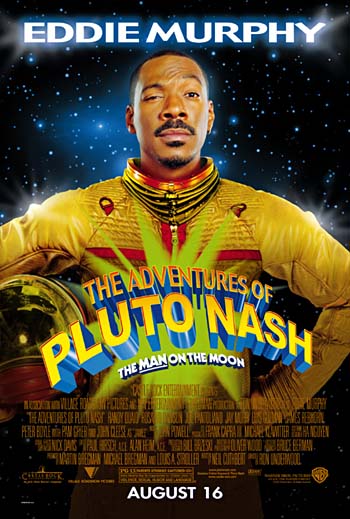 A notoriously unsuccessful 2002 Eddie Murphy vehicle that attempted to combine a Rat Pack-esque plot with sci-fi.

Murphy plays Pluto Nash, businessman & owner of a successful nightclub on the Moon in the year 2087. When goons from aspiring entrepreneur Rex Crater come to buy the club, Pluto refuses, forcing him to go on the run to survive and unravel the truth of who Rex Crater is and what he's planning for the moon.

The film cost an insane amount of money to make and made almost none of it back. To this day, Murphy and costar Alec Baldwin have disowned the film and it's considered one of the biggest flops in cinema.