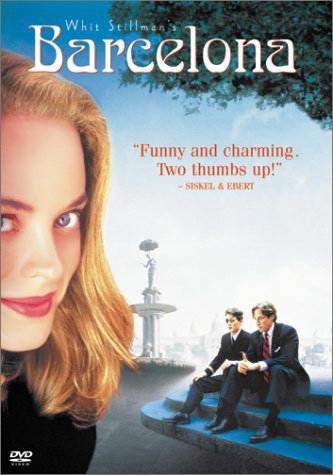 Barcelona is a 1994 comedy, written and directed by Whit Stillman. It's Stillman's best-known film.

In "the last decade of the Cold War", Ted Boynton (Taylor Nichols) is an American businessman working in Spain. He's successful, but he's suffering through a troubled love life and an identity crisis. His cousin Fred Boynton (Chris Eigeman), a naval officer, shows up in town, working as an advance man for the arrival of an American fleet. Together they tour the clubs and restaurants of Barcelona, have heated discussions about women and politics, meet lots of women, and even find themselves wrapped up in politics.

The second installment of what Stillman calls the Doomed Bourgeois in Love series, after Metropolitan and followed by The Last Days of Disco