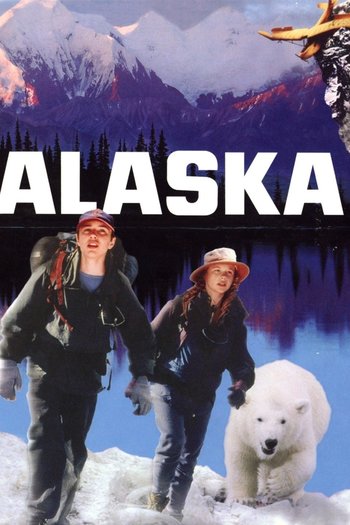 Alaska is a 1996 family/adventure film directed by Fraser Clarke Heston and costarring his father, Charlton Heston.

Sean Barnes (Vincent Kartheiser) and his sister Jessie (Thora Birch) are two kids with a Missing Mom who search for their bush pilot father Jake (Dirk Benedict) after he goes missing in the Alaskan wilderness. The kids meet a polar bear cub who helps them along the way. Little do they know that a poacher named Colin Perry (Heston) — who captured the cub after killing her mother in the beginning — is pursuing them.

The Nostalgia Critic mocks the soundtrack of Alaska

Example of:
With Lyrics

The Nostalgia Critic mocks the soundtrack of Alaska