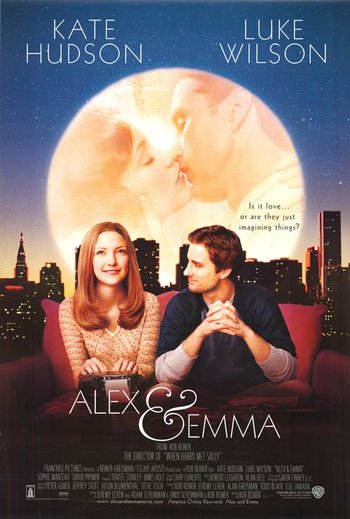 Alex Sheldon (Wilson) is a popular author of romantic comedy novels. The two novels he's written have touched the populace with their mix of humor and heartwarming moments. Unfortunately, he has a penchant for gambling, and has a debt of one hundred thousand dollars to the Cuban mafia. After breaking into his apartment, destroying his computer, and dangling him out a window, they give him an ultimatum: pay the money in thirty days, or die. He can't get any more advances from his publisher, which means that he has to write another novel in just thirty days.

With no computer, he has to get a stenographer. After misrepresenting himself as a legal firm to hire her, Emma(Hudson) barely decides to stay. Thus the writing begins.