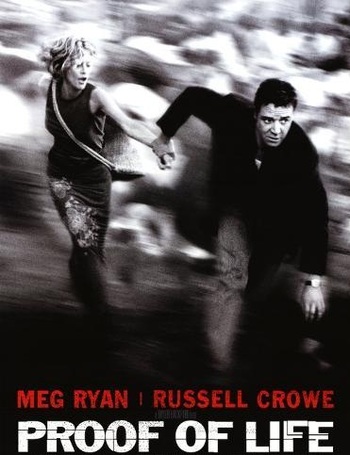 A 2000 American film directed by Taylor Hackford that deals with a kidnap victim's release being negotiated and is based on Thomas Hargrove's, book Long March to Freedom.

An engineer (David Morse) is abducted and his wife (Meg Ryan) gets help from a former British Air service member (Russell Crowe).