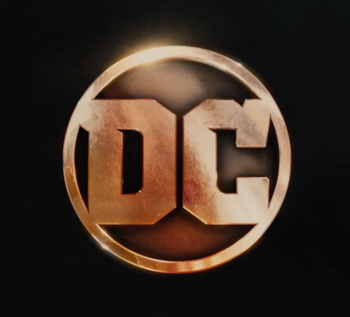 In the early 2010s, Warner Bros. set out to make a Shared Universe of movies, with Man of Steel ultimately serving as the first project in that initiative. Initially, WB decided to do everything in-house instead of creating a dedicated silo of creators just focused on DC, akin to their competitors at Marvel Studios. That changed following the release of Batman v Superman: Dawn of Justice, and a new motion picture studio, DC Films, was created in mid-2016 to oversee the production and creative control of theatrical films set in the DC Extended Universe (DCEU), the cinematic Shared Universe adapting DC Comics characters, with veteran comics writer Geoff Johns and veteran studio executive Jon Berg appointed as its chairmen.

Suicide Squad, Wonder Woman and Justice League were the first batch of films to be released under the new DC Films banner, although production on them had started earlier. Berg left the studio in December 2017 after the underwhelming results of a heavily reworked Justice League, and Walter Hamada (New Line Cinema producer who worked on the Conjuring Universe films most notably) was made chairman of DC Films in his stead in January 2018, with Johns stepping down from producing and remaining as consultant and co-writer. Hamada was assisted by fellow New Line producer Peter Safran, who had a more hands-on management of the films. The studio also branched out to produce other DC Comics-inspired films that have no connection to the DCEU whatsoever, the first of them being Joker, followed by The Batman.

A massive new studio overhaul happened following the creation of Warner Bros. Discovery, which started with the cancellation of HBO Max original projects such as the Wonder Twins and Batgirl films, followed by the departure of Hamada after the release of Black Adam. On October 25, 2022, it was announced that James Gunn and Peter Safran would be appointed as co-chairmen and co-CEOs, with the studio to be renamed "DC Studios" (emulating its direct competitor from which Gunn came) while the DCEU would be potentially rebranded as "The DC Universe". Speculation of an outright Continuity Reboot of a shared DC Universe on film has surfaced since their arrival, with Gunn's Superman film project involving a new take on the material without Henry Cavill suggesting that this may be the case.

On January 31, 2023, Gunn and Safran unveiled their slate

for future DC Studios projects. The projects will make up a new phase for the DCU titled “Chapter One: Gods and Monsters”.

Noteworthy people who have worked for DC Films/DC Studios:

Works produced under the banner with pages on TV Tropes: