Film / The Last Days of Disco 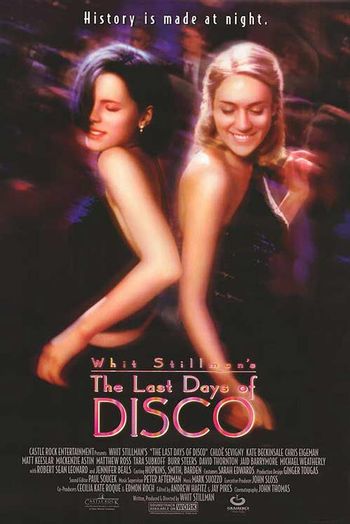 The Last Days of Disco is a 1998 comedy-drama film written and directed by Whit Stillman, starring Chloë Sevigny and Kate Beckinsale.

The film follows Alice Kinnon (Sevigny) and Charlotte Pingress (Beckinsale), two young women in the early 1980s who are Hampshire College graduates and work in a New York publishing house as poorly paid readers, who after work are able to enter an exclusive disco nightclub.

The Last Tropes of Disco: