Film / Did You Hear About the Morgans? 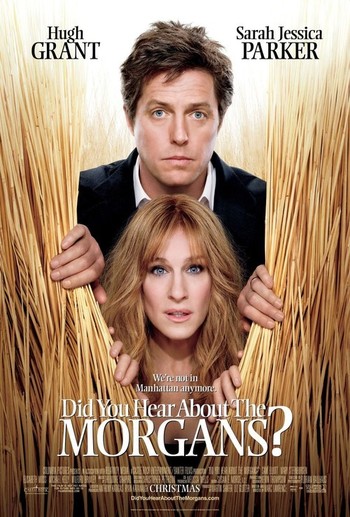 Did You Hear About the Morgans? is a 2009 Romantic Comedy written and directed by Marc Lawrence, starring Hugh Grant and Sarah Jessica Parker.

Paul (Grant) and Meryl (Parker) are a yuppie couple from New York City going through a separation when they witness a brutal murder. When the murderer actually comes after them, the government secretly whisks them off to a ranch owned by a marshal (Sam Elliott) and his wife (Mary Steenburgen) near the tiny town of Ray, Wyoming. While they are there, Paul and Meryl begin rebonding with each other, while the killer uses every method in the book to hunt them down.

Did You Hear About the Tropes?: