Film / The Disappearance of Alice Creed 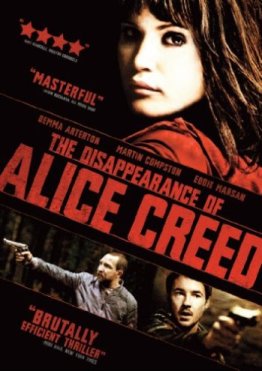 Two men, Danny and Vic, kidnap local rich girl Alice Creed and hold her for a $2 million ransom to be paid by her wealthy father. They keep her Bound and Gagged and Chained to a Bed in a soundproof room, making sure to keep her fed, hydrated, and alive to ensure that her father gives them the money. Although Vic is a calm and seasoned professional, this is Danny’s first involvement in a kidnapping, and his doubts and hesitation may threaten their chances of success.

The Tropes of Alice Creed: