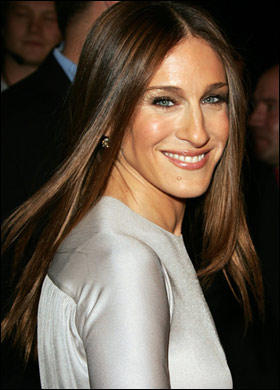 Petite blonde (usually) American actress, born March 25, 1965 in Nelsonville, Ohio. By far and away her best known role is Carrie Bradshaw in Sex and the City but Parker has also appeared in numerous movies over the years. Her many other roles include Did You Hear About the Morgans? and the Cult Classic 1980s series Square Pegs.

Tropes in her life and work: