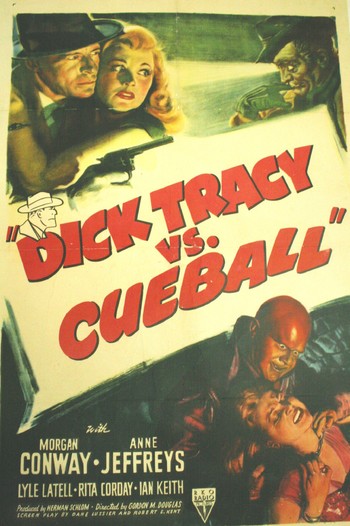 Dick Tracy vs. Cueball is a 1946 American film based on the 1930s comic strip character of the same name created by Chester Gould. The film stars Morgan Conway as Dick Tracy in the second installment of the Dick Tracy film series released by RKO Radio Pictures.

Diamonds are stolen but before the thief can safely hide them aboard an ocean liner he is strangled by ex-conman Cueball. Cueball takes the diamonds and is given refuge by Filthy Flora, madam of the Dripping Dagger Bar, and then continues on murdering people that he believes are trying to double-cross him. Dick Tracy allows his girlfriend Tess to act as a buyer for the diamonds but is put in grave danger when Cueball vows to eliminate her.