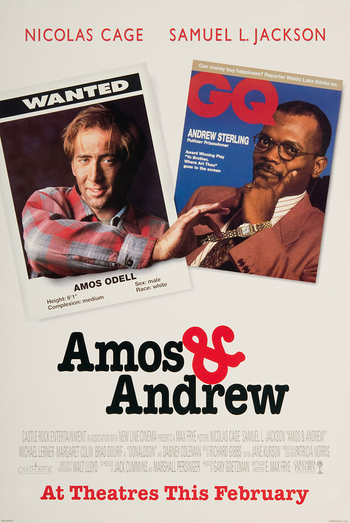 The film centers around African-American playwright Andrew Sterling (Jackson), who buys a vacation house on an otherwise all-white island. When the neighbors see him setting up his stereo system and mistakenly assume he's stealing it, they call the cops, who (non-lethally) open fire when he walks out to shut off his car alarm just as they arrive. Realizing their mistake, Police Chief Cecil Tolliver (Dabney Coleman) plans a cover-up over this embarrassing snafu by employing prisoner Amos Odell (Cage) to pretend he's taken Sterling hostage. Hilarity allegedly ensues.

Despite the similar title, the film has nothing to do with the old radio and TV show Amos 'n' Andy.