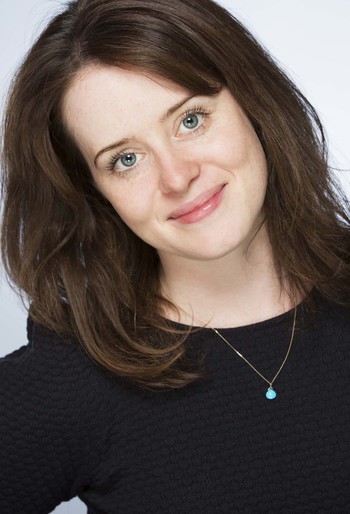 Claire Elizabeth Foy (16 April, 1984 in Stockport, England) is an English actor, best known for her role as Queen Elizabeth II on the acclaimed Netflix series The Crown (2016).

Before that however, she was a relatively obscure actor, appearing in movies like Season of the Witch and the short-lived BBC revival of Upstairs Downstairs. (Though fantasy fans may remember her as the intimidating Adora Belle Dearheart in the TV adaptation of Terry Pratchett's Going Postal, and she also registered for some watchers as Anne Boleyn in Wolf Hall.) The Crown (2016) changed all that, with her winning an Emmy, a Golden Globe, and two Screen Actors Guild awards for the role; she then demonstrated the ability to switch accents as Neil Armstrong's wife Janet in First Man.

And yes, her middle name is Elizabeth. Fans have had fun with this.

Not related to Mackenzie Foy.