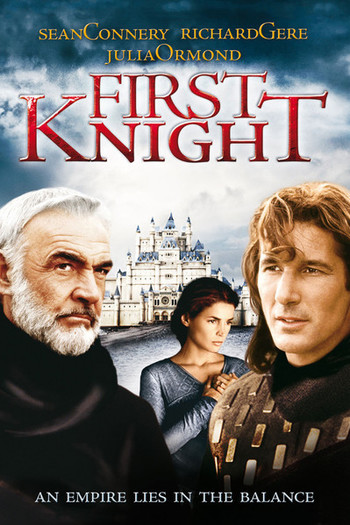 A 1995 film that reinterprets the Arthurian Legend, written by William Nicholson (Wind on Fire) and directed by Jerry Zucker. The music score is by Jerry Goldsmith.

King Arthur (Sean Connery) has spent his entire life bringing justice to the land and wants more than anything else to marry Guinevere and enjoy a peaceful retirement. Despite genuinely caring for him, Guinevere (Julia Ormond) feels it to be her duty to marry him, and it's clear that she has a problem with letting obligation make her decisions for her, instead of her heart. Lancelot (Richard Gere) is a wandering swordsman, making as few ties as possible because his family and village were destroyed in the wars.

When these three collide, will they save Camelot from its latest threat or doom it?