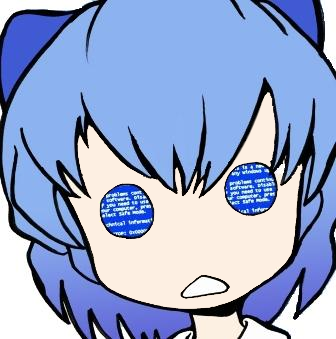 Other people can attempt to reboot the character; Get a Hold of Yourself, Man! may work (especially in the stories where violence is always the answer), as may telling them to Quit Your Whining. The best thing that can happen to a hero suffering from a BSOD is meeting a friendly Warrior Therapist; the worst thing is meeting a hostile Warrior Therapist, as such a foe can ensure that the hero crashes completely, driving them over the edge into the Despair Event Horizon.

Compare Heroic RRoD (the physical equivalent), Freak Out, and Deer in the Headlights. If the character is a sweetheart, this trope can be the end result of Break the Cutie. One common reaction is I Think You Broke Him. In Real Life psychology, this sort of thing is known as an acute stress reaction