Theatre / Next to Normal 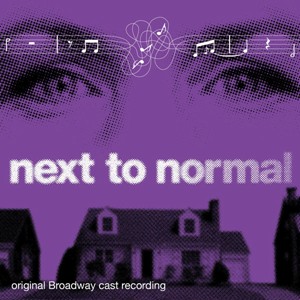 Next to Normal is a Tony-and-Pulitzer-award-winning rock musical with book and lyrics by Brian Yorkey and music by Tom Kitt. The story centers around a Dysfunctional Family consisting of bipolar depressive housewife Diana, who suffers from delusional episodes, her husband Dan, who has been struggling with taking care of her on and off for the past sixteen years, their charming but unruly son Gabe, and their disaffected musician daughter Natalie. Also involved are Natalie's on-and-off boyfriend, Henry, and Diana's doctors, Dr. Fine and Dr. Madden.

Originally, it was developed as a ten-minute short called Feeling Electric, inspired by a news report Yorkey saw about electro-convulsive therapy.

The show opened on Broadway at the Booth Theatre on April 15, 2009. It was nominated for eleven Tony awards and won three of them: Best Score, Best Orchestrations, and Best Performance by a Leading Actress.

This musical includes examples of the following: