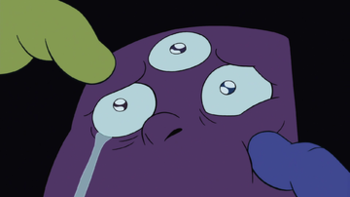 Garnet when she saw what Homeworld did to her friends.

What happens when an animated hero stops being so animated.