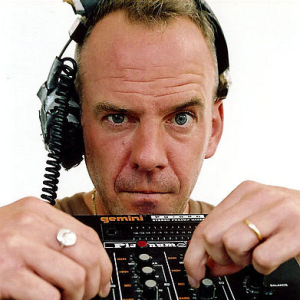 Quentin Leo Cook, better known as Norman Cook, and even better known as Fatboy Slim, was born on July 31st 1963, and is considered one of the most familiar faces in the British electronic music scene.

He originally gained fame in the 1980s as the bass player for indie rock band The Housemartins, a band known for their Christian-Marxist beliefs and the singles "Happy Hour" and "Caravan of Love".

Despite being a DJ since the late 1970s, it took till the late 80s for Cook to finally be noticed as a DJ with his successful project Beats International, which scored the 1990 #1 single "Dub Be Good To Me", which was a cover of the SOS Band's "Just Be Good To Me" with the bass line of The Clash's "Guns of Brixton", which eventually led to him being sued, and later befriending the Clash.

During the 1990s he recorded music under many different names including Pizzaman, Mighty Dub Katz, Fried Funk Food, Cheeky Boy and many more, with also having a jazz-funk/acid jazz outfit called Freakpower, which spawned the hit "Turn On, Tune In, Cop Out" thanks to its use on a Levi's advert.

His most successful work has been his big beat alias of Fatboy Slim, which he continues to use to this day, which has awarded him critical acclaim. The first two Fatboy Slim albums, Better Living Through Chemistry (1996) and You've Come A Long Way, Baby (1998), spun off numerous worldwide hits, such as "Going Out of My Head", "The Rockafeller Skank" and "Praise You". If you have watched many a commercial, you are bound to have heard his music.